Dr. Guarracino is a biological chemist who earned her B.S. at Cornell and her Ph.D.at Yale University. As a graduate student, she was a teaching fellow for an HHMI (Howard Hughes Medical Institute) funded course leading undergraduates in research towards publication. For both her graduate research at Yale and and postdoc work at New York Universtiy, she synthesized peptide mimics and studied protein-protein interactions implicated in viral infection and cancer. At NYU, she was a co-instructor for an organic chemistry class emphasizing problem-based learning. She has been an Associate Faculty member for the website “Faculty of 1,000”, writing reviews on papers in Chemical Biology.

Broadly, research in the Guarracino Group is in the field of chemical biology.  Overall, we synthesize compounds that mimic the structure of small biological proteins and then test their ability to either abrogate, imitate or improve protein function.  Specifically, we design and develop macrocyclic peptides that mimic the sequence and structure of hormones vasopressin and oxytocin.  The changes incorporated into our compounds, as compared to the natural hormones, are systematically chosen to improve upon the stability of the original hormones.  Subsequently, we test the cyclic peptides for their functionality.  We subject each peptide, the “parent” hormones, and a linear peptide control, to a panel of peptide-degrading proteases and trace the percent degradation over different intervals of incubation at human body temperature.  Additionally, in a competition Enzyme-Linked Immunosorbent Assay (ELISA), we test the ability of the compounds to displace vasopressin or oxytocin from binding their membrane receptors.  Future studies will include testing the capabilities of our compounds to illicit the same cellular response of the “parent” hormones or block the hormone function entirely.  Both vasopressin and oxytocin are involved in a number of biological processes, from maintenance of electrolyte balance to cell signaling in the reproductive organs.  Subsequently, their mis-regulation is often implicated in disease and thus a call for new hormone therapeutics is the subject of ongoing research.  The development of our compounds and the assays we perform supports their candidacy as first generation pharmaceuticals.

My teaching interests lie within organic and biochemistry. Generally, I am fascinated by the areas in which the two topics overlap.  This includes everything from stereochemistry and enzyme action, carbonyl functional groups and their applications in biological molecules, and controlling biochemical reactions with localized changes in pH inside the cell.  In the past two years I have taught CHE 201:  General Chemistry I;  CHE 332: Organic Chemistry II; and CHE 350: Essentials of Biochemistry.  I am currently developing an advanced option course on Chemical Biology that will touch on synthetic biology and biological synthesis, disruption of protein-protein and protein-macromolecular interactions, techniques used in chemical biology and genomics and proteomics. 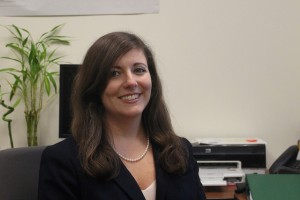